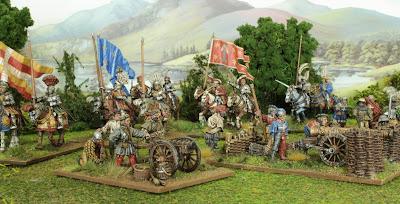 Over the last 6 weeks or so I've been working on quite a few projects but I was keen to have the new Tudor figures take precedence for a while. Those are now ordered, all 420 of them - thanks for your support and assisting in getting these made, a real global response with figures due to go to Canada, Russia, the U.S, Denmark, Germany, France, Italy and Australia to name a few.

Time to get back in business, I've been aware that the Tudors have taken the limelight for a while so I have been working on a couple of French units to even the balance a little.

First up, I re-touched and re-modelled a French artillery piece with crew, these had originally been based separately to adorn the city walls but ever since I did that I wanted to have it as a field piece too and it never looked quite right without a base so here we are. 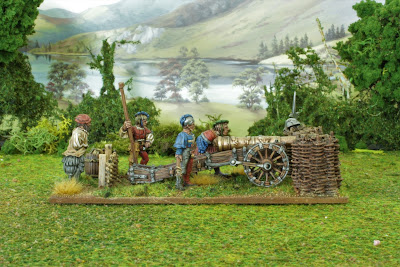 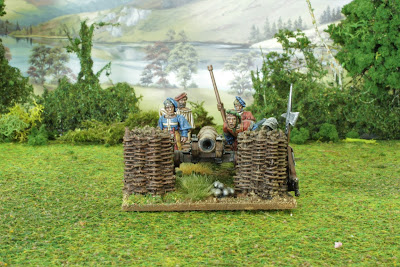 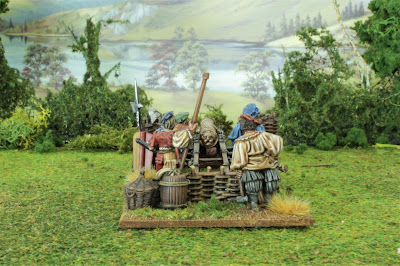 I was keen to base this for convincing use both as a field and siege setting. I also took inspiration from the manner in which guns are presented across the woodcuts in Der Weiss Kunig as per the example below. I particularly liked the small addition of the low wattle fence to absorb the recoil of the gun, the figure with the mallet seemed to me to be made for this set up. 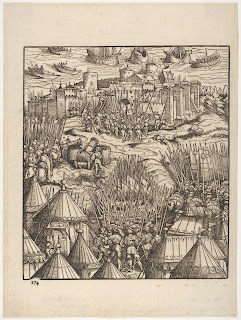 Here's my burgeoning French battery so far, see also the first photograph at the top of this post. Next up, some Landsknecht arquebusiers to accompany the pike in French service; 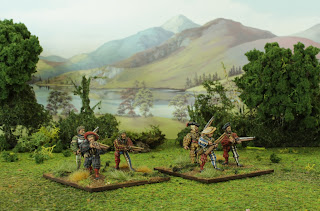 This completes the (no doubt first of many) French Landsknecht contingent; 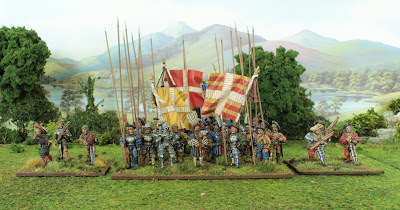 Here they are with the bases of levelled pikes 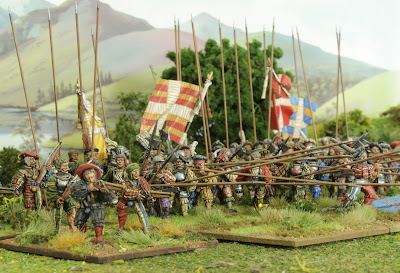 When putting Landsknechts together I paint and base those with upright pikes with army specific field signs and banners but keep those with levelled pikes neutral so that I can easily create larger units (hope that made sense).

Finally, some counters for Lion Rampant, a couple of new casualties; 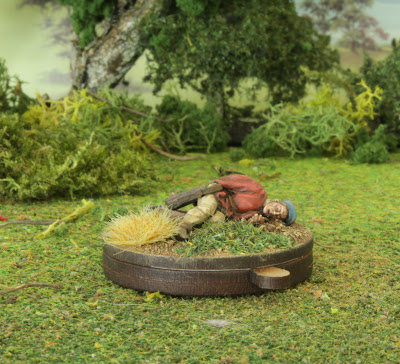 Both are converted from the Perry WOTR casualty pack. The French one above has the sleeves puffed up and the addition of a cap, crossbow and quiver.

The Tudor below has the addition of a base coat, really pleased with how this one turned out.

I'll do some mounted casualties at some point. 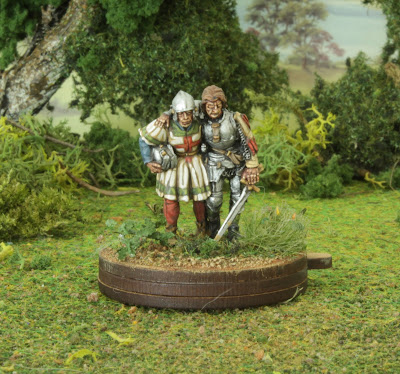 Here's my collection of battered markers; 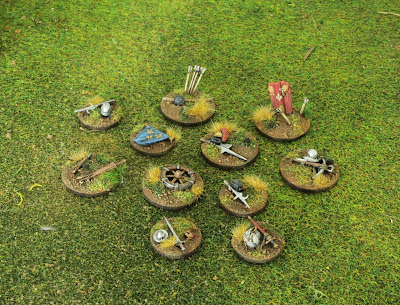 We're up to date, Quite a big project on the go at the moment, back to the Tudors - more soon.