Yeoman of the Guard 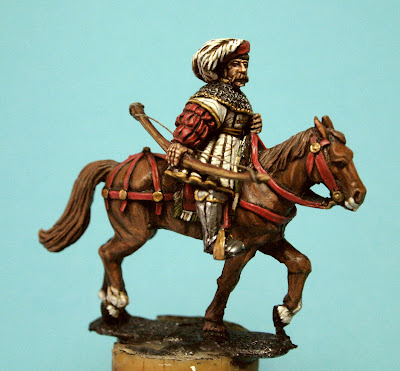 I am currently working upon a command unit for the army and by way of a brief update of my progress and to give the Yeomen of the Guard the special attention that they warrant here we have the first figure; a mounted Yeoman bodyguard in livery riding jacket wearing half armour and armed with a longbow.

The Yeomen bodyguard were created by Henry VII and originally consisted of a handful of men selected 'for the safeguard and preservation of his body' though their primary function was to act as a royal bodyguard they saw action at Stoke field & Blackheath in absence of the king's personal presence during the fighting.

Henry VIII increased their number to a peak of 600 for the 1513 invasion of France and their function roughly remained the same; they served as both mounted and dismounted bodyguards and some were also in a sort of officer / captain role within the infantry as well as acting as bodyguards for high ranking nobles. 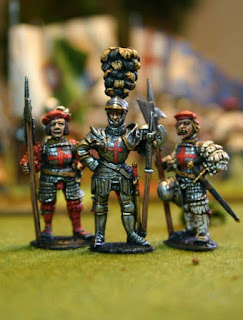 They even had their own tent which was decorated with a red sword motif (not to be confused with the London trained bands).

Their uniform is something which underwent numerous changes, the earliest record is at the battle of Stoke field in 1486 where it consisted merely of a stout leather jerkin. Thereafter two predominant 'coats' generally feature in issue at the same time throughout the early Tudor period; a 'best coat' and a 'riding jacket' the former was a rich scarlet garment and the latter was the Tudor livery of white and green. There are numerous variations of each of these, particularly during Henry VIII's reign. 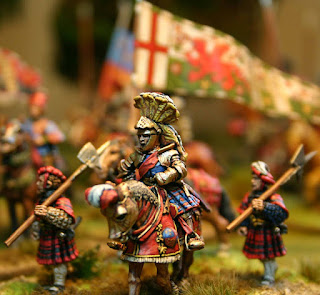 At the time of the 1513 campaign the riding jacket was white and green guarded either gold or green and white and embroidered with a red or golden Tudor rose on breast and back. Other items of clothing were non issue but the red bonnet featured across all ranks in the army and also in most depictions of the YOTG and it works well as a contrast to the livery so I haven't bucked the trend. 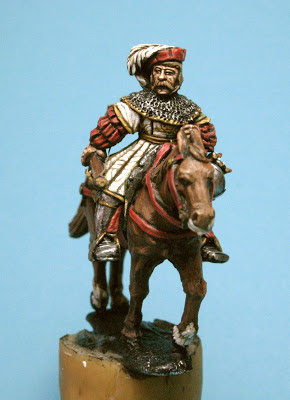 This figure began life as a Wargames Foundry landsknecht captain but some brief work with some green stuff altered him sufficiently. The bow was made with thick fuse wire then had some shaping with green stuff before being strung with thin fuse wire. The Quiver was made by wrapping foil around some spare arrows from the Perry WOTR bow & bill boxed set and then adding some definition and leather attaching belt with green stuff.

Quivers were standard issue and I have elected to have both this and the sword sheath to feature the Tudor livery and another embroidered motif in the case of the quiver.
Guardsmen wore half armour in combat though I'm not sure if that was the case for those armed with a longbow. To go with the casual feel of this figure I have attached his sallet at his side. 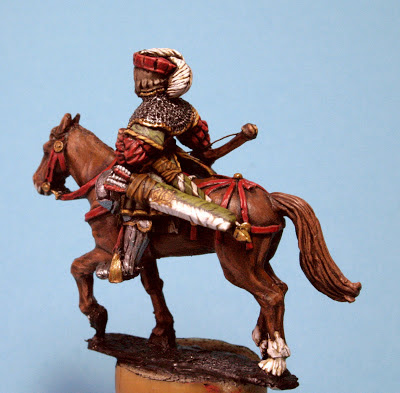 I've no doubt that the mounted YOTG armed with longbows acted as early dragoons and outriders, just as the other mounted archers in the army but one near contemporary depiction of the Battle of the Spurs does provide an interesting counter argument (just above Henry);