Further buildings for the collection 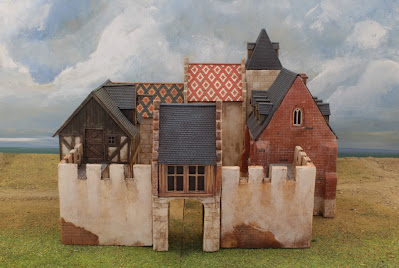 This has been many months in the making, something I've quietly been doing in the background for a while.

I thought i'd have a go at scratch-building a modular walled Manor House complex suitable for the continental side of my collection.

I drew upon specifically French and Flemish influences to enable me to put together a backdrop broadly covering the area around the Calais Pale. The stomping ground of most English campaigns from 1490-1545 encompassing Northern France and the Low countries.

All aspects are modular and facilitate a bias for a Manor complex of either of the two styles or a combination of both.

Most of the components are also stand alone pieces in their own right and complement my growing collection of buildings.

Rather than photograph each component individually I have laid out a few set ups so you can hopefully appreciate each part and how they inter-relate. First up is the 'white' arrangement; 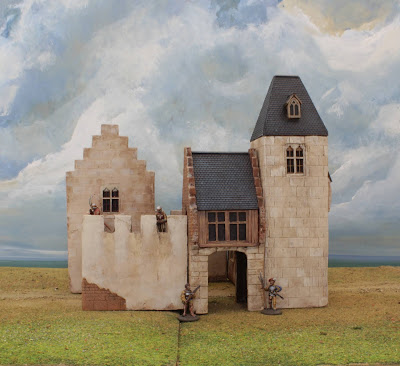 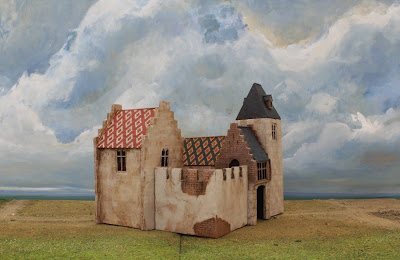 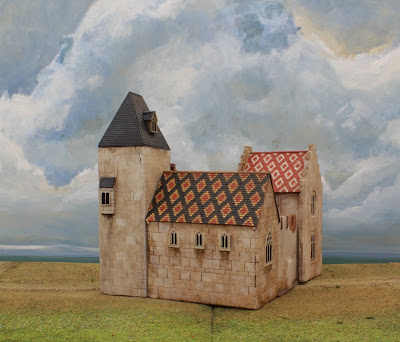 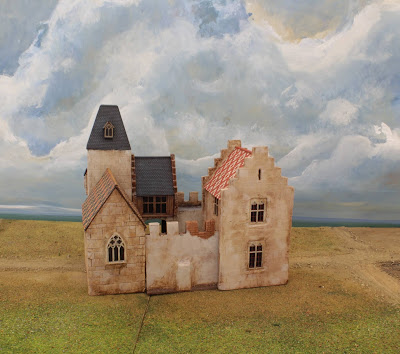 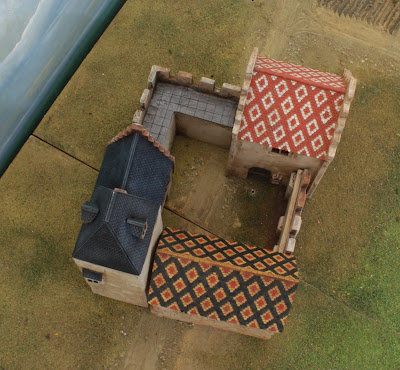 The buildings here are all with a heavy French influence with inspiration mainly coming from aspects of late medieval and early renaissance stone built Chateaus and town houses.
All components are made from plastic-card with DAS clay added and the bricks scored out thereafter. The roof tiles are railway modelling Wills sheets, the windows on the church and dormers are also railway modelling church accessories. The feature windows were custom built for me by Warbases and the door is from Antenocitis Workshop.
I then introduced some brick in the Flemish style along with some outbuildings to make for a larger site; 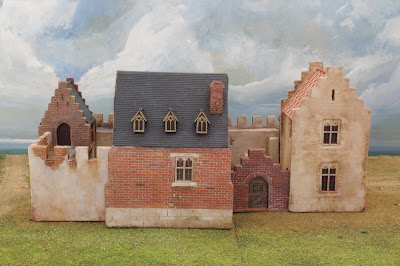 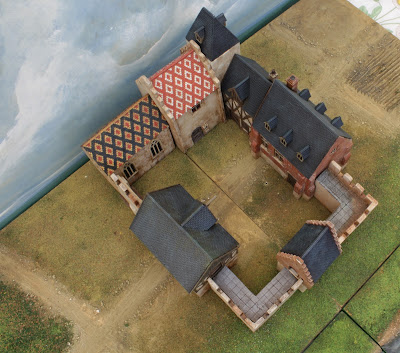 This was an exercise in dormer windows, so many mistakes until I finally got the trigonometry in order.
Here's a few partial set ups so you can get a different aspect on the pieces; 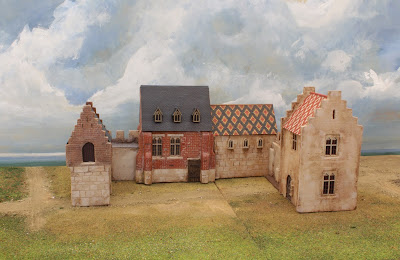 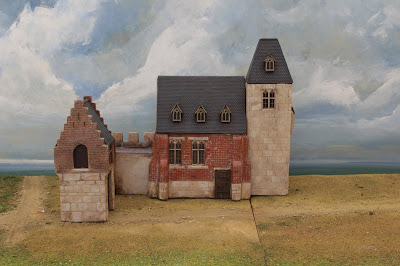 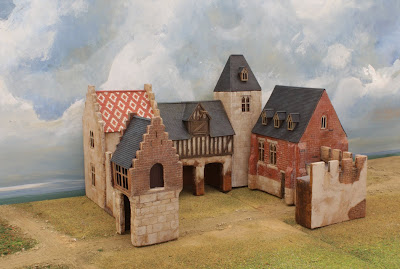 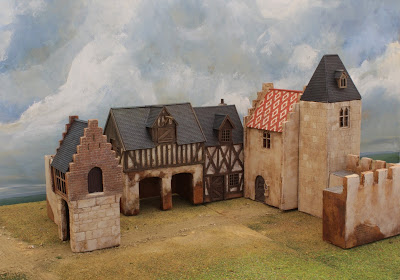 There's lots of scope for quite a bit of variety and it's something I can steadily add to. My immediate thought at this juncture is for another gatehouse and a walled formal garden. I also need to paint up some inhabitants !
These also complement my existing collection to make for interesting urban streets; 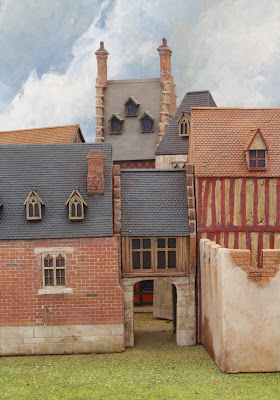 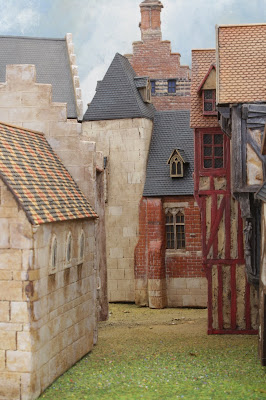 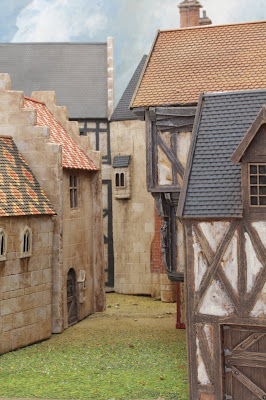 Walled complexes were also a feature within towns whether Manorial or Religious. Here's a set up to illustrate that (excuse the bedding !) 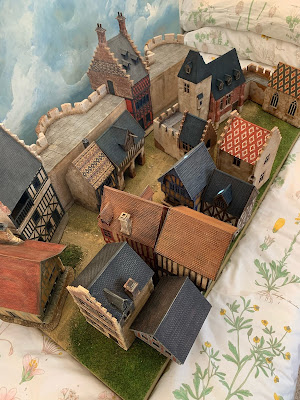 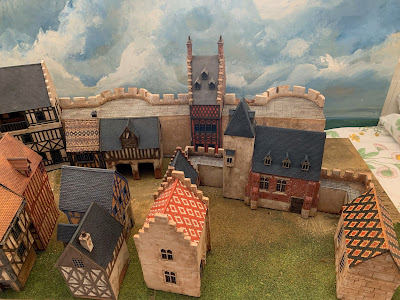 I think the styles complement each other quite well and certainly add plenty of visual impact. They'll be an excellent backdrop to some street fighting and siege games.
I hope you like them, back to some figures next I think.
All the best
Stuart
Posted by Stuart at 09:39