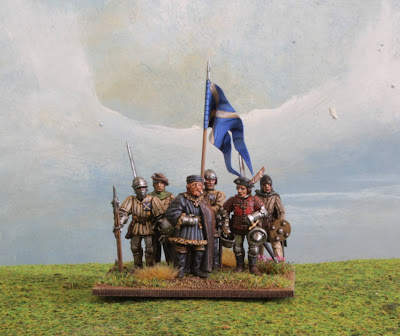 The first completed Scots unit for the collection; a border nobleman and his retinue. I had a lot of fun creating these and really got enthused for many more.
The inspiration was reading that border horsemen of both sides often fought dismounted as circumstances dictated, for example James IV had all of the borderers dismount and fight with a pike at Flodden and both sides used them dismounted in less mobile sieges and raids.
So these are a unit of well armed and medium armoured men with various polearms. I also considered having a couple with their bows slung as well but decided to stick to without for now.
All of the figures were converted from the Perry Wars of the Roses range and the standard bearer is from Steel Fist miniatures.
The conversions range from a simple head swap in the case of the standard bearer to bits of kit-bashing from the various plastics, it was fairly straightforward. The only sculpting was adding a beard to the commander in the cloak and cloth caps to two of the figures. here they are individually prior to basing; 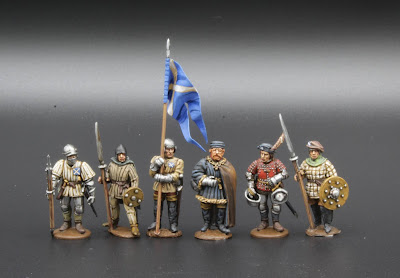 The slightly muted palette works well with the jacks and brigandine, it seems to really make the colours pop and it was good to explore the various ranges of earthy shades that I don't often use. The faces also stand out a bit more.
I like the way that the addition of a beard and gauntlet to the Henry VI figure makes him appear much more warlike. On that figure in particular it was a good lesson in painting black, building the highlights neatly then a final one with a mixed blue grey really brings that fur lined coat out.
The scattering of field signs on the chests and caps of the figures work well and stand out against the muted colours.
Overall, I'm very pleased with how these have turned out, they have a definite Scots look to them.
The targes are from Dixon Miniatures Flodden range.
I hope you like the photograph, the first use of a new toy, a photography light box tent. There are various ones out there but it's much better than my much used but slightly unreliable tin foil lined beer crate.
Another rather bland but very important footnote for these is painting the base of each figure in the colour that I use for basing. it makes a huge difference and i'm slightly annoyed it's taken me this long to figure out !. 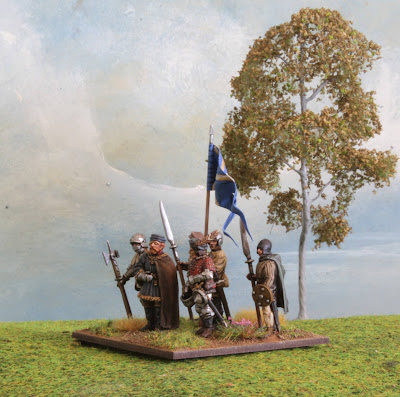 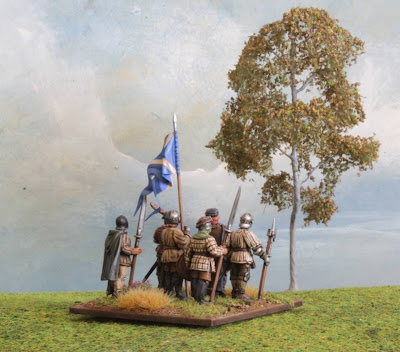 I also recently completed a unit of non-liveried bill, a further experiment in a muted palette; 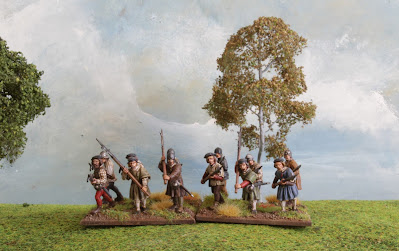 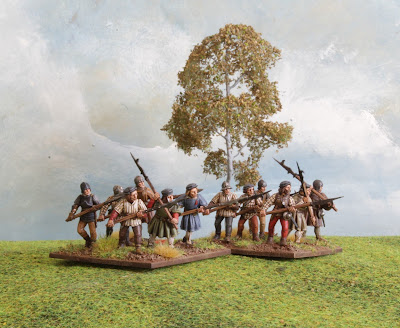 These were a mix of figures assembled straight out of the box along with some in sculpted coats, I talk more about this process in this earlier post for their accompanying archers;
https://stuartsworkbench.blogspot.com/2020/04/early-tudor-longbowmen.html
What I really like about these un-liveried troops is that with the addition of a unit of command they make for a convincing instant border retinue for either side; 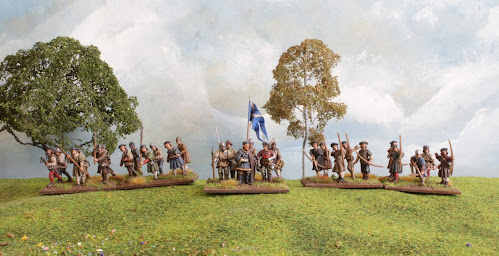 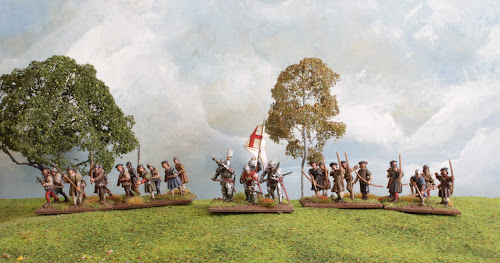 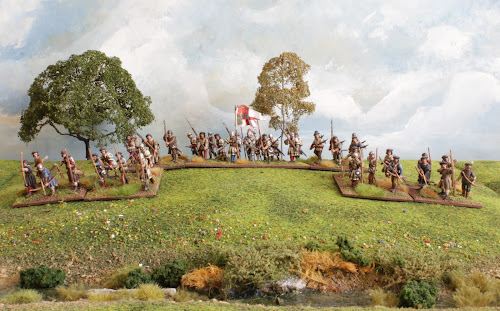 Mixed with liveried troops of the Stanleys
For the second picture I based up some foot knights that have been neglected for a while, you can read the background about them and see some close up individual images in this post;
https://stuartsworkbench.blogspot.com/2020/03/dixmude-1489-part-1.html
Here's some more images of the stand, the outdated armour works really well for men at arms on the border in the early sixteenth century; 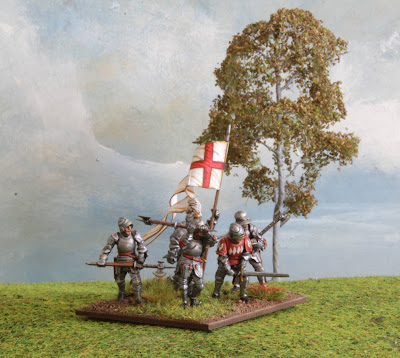 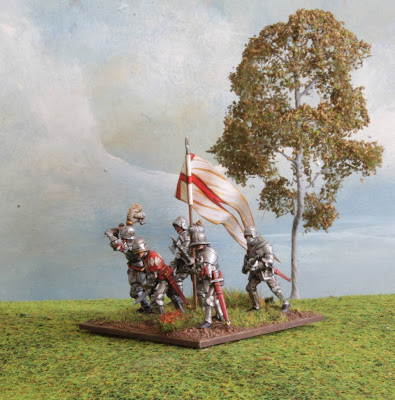 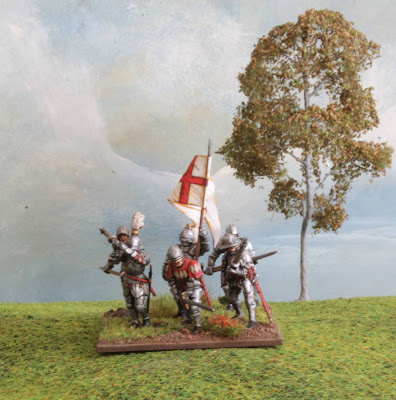 The desk is now pretty much cleared for me to crack on with the Scots Pike, they're coming along nicely so far.
Bye for now
Stuart
Posted by Stuart at 04:36