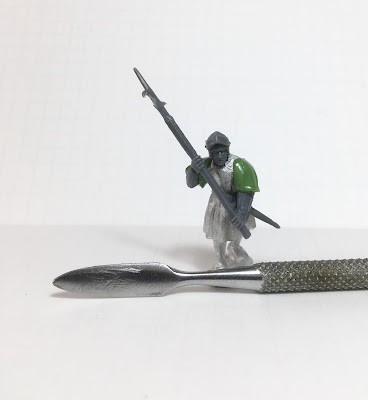 Further to the last post here is a brief tutorial on how to create your own figures using the Tudor dollies, Perry miniatures plastics and green stuff.

It's perhaps easy for me to say but sculpting sleeves is quite straightforward. In developing these dollies I considered having arms on them but I wanted them to be versatile so that the whole range of Perry plastics was there to apply thus sculpting sleeves became the compromise.

If you haven't sculpted before this could well be your first steps to simple and confident miniature conversion.

In the first instance you will need some green stuff and the sculpting tool shown above which is available from gaming suppliers or as part of a wax carving set which is useful to have as some of the other tools come in handy too.

In addition you'll need some soft paraffin cream such as Vaseline or E45. 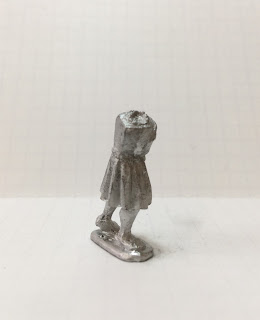 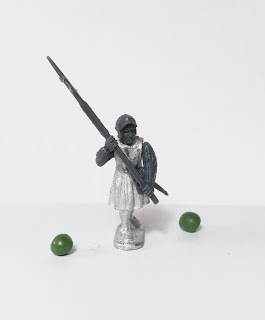 To begin select a dolly to use and the arms and head of your choice. These dollies were created in an attacking / advancing pose so work best as bill though they also look quite good as advancing crossbowmen and hand gunners.

You'll then need to cut and mix some green stuff to the sizes shown above, one ball for each arm. 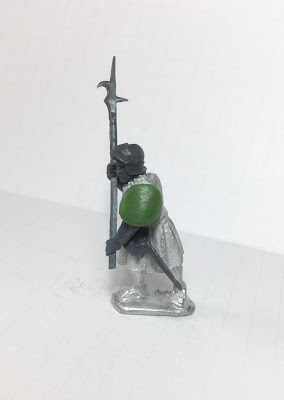 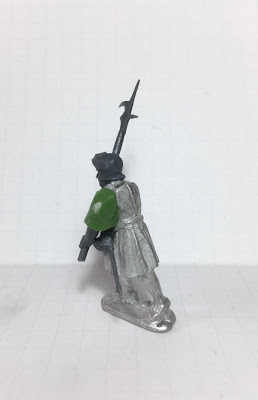 Take the first ball and place it where the arm meets the shoulder then press it down with your thumb with a slight push into each side of the armpit.

Put a little blob of Vaseline / E45 onto your palm and very lightly moisten the end of the sculpting tool and wipe it off, you just want a very very light smear of it on the tool. This will make it easier to work with the green stuff.

Using the sculpting tool push the green stuff into each side of the arm pit then push down from the top of the shoulder in the direction of the arm. Then use the side of the tool to give an edge to the bottom of the sleeve.

Continue this process to build up the shape of the sleeve, it won't take long, just remember to push down from the top of the shoulder in the direction of the arm first so that the position and weight of the sleeve is natural. 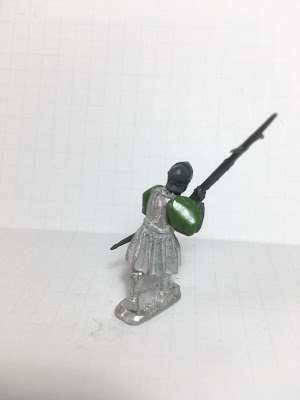 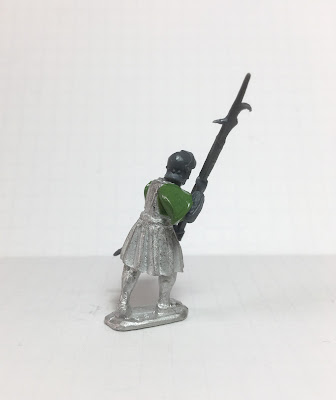 Repeat for the next sleeve. If you're worried about obscuring or touching the other sleeve you can wait until it is dry but you should be able to do them both in one sitting.

Here you can see that as the arm is in a different position it needs to be worked a little differently but the principle is the same; place the ball of GS at the top of the shoulder and press downward and into each side of the arm pit then use the tool to continue this.

When you start the sculpt do so from the top of the shoulder down the arm to dictate the necessary sleeve position and shape. It doesn't take long and it'll feel right when it's done and be obvious if the shape isn't correct. 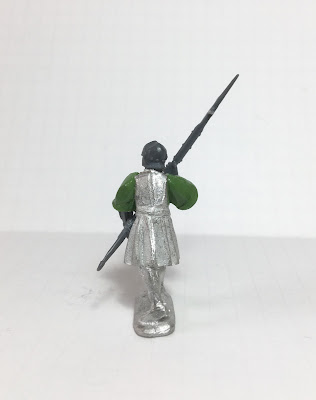 Here's the end result; there's a clear line down from the neck and shoulder of the metal dolly which is continued in the sculpt of the sleeves. Provided you get the right amount of GS to begin and let the arm dictate the sculpt the rest will fall into place. The whole build / sculpt took me around 15-20 minutes.

Just send me an email with your address and state how many you want and I shall quote you the postage and give you my PayPal details, my email address is;

I'll be putting the first order to the mould maker on 1st June and the figures should be ready for posting around 1 month thereafter.