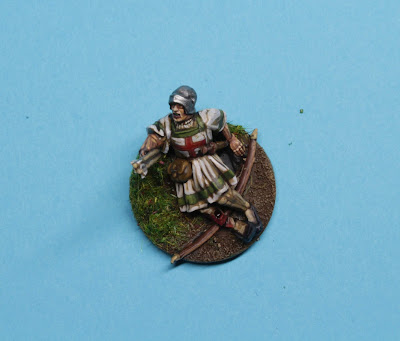 Of the few accounts of the battle I found the following really evocative;

'And also it is not to be forgoten, but to by had in ramenbrance, the goode courage of an Englyshe yoman called John Person, whiche was somtymes a baker off Coventre; which John Person, after that a gowne had borne away his foote by the small of the legge yet that notwithstonding, what setting and what kneling, shot affter many of his arows. And when the Frenshe men fledde and his felowes ware in the chase, he cried to one off his fellowes and saide: "Have thow thise vj arawes that I have lefte and folow thow the chase, for I may not", the whiche John Person died within few dayes aftir, on whose saulle Gode have mercy.'

From this I saw two potential conversions; the first part of an archer firing while kneeling or the second of him passing his arrows. I opted for the latter but I think I could still do both. Either way this makes for a great casualty or battered marker. 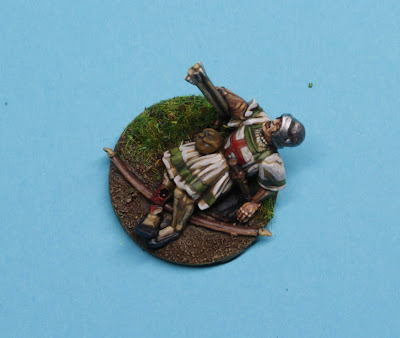 In terms of clothing the base coat in this cut and livery was a feature of Henry VIII's early reign but I want this to easily blend with the rest of my collection so that's the artistic license I'm taking 😃.

The figure was converted from parts from the Perry Miniatures Ansar, Bow and Bill and Mercenaries sets with dagger and pouch from the Warlord Landsknecht set. Here's the initial kit-bash and sculpting in progress; 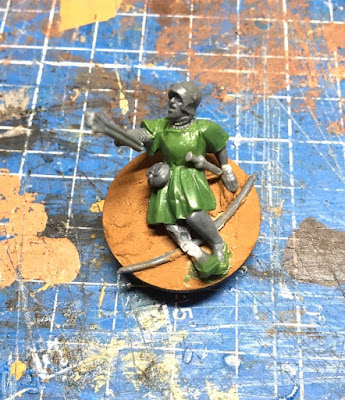 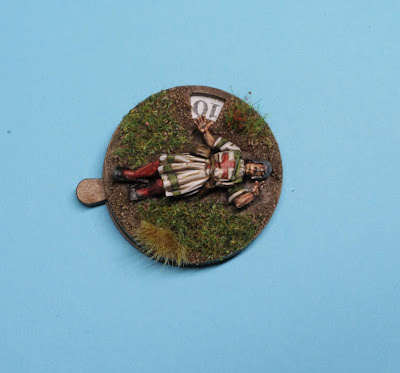 This writhing casualty used a Perry Miniatures Zulu body as a dolly. I opted to leave it free of weapons so it works for both bow or bill. 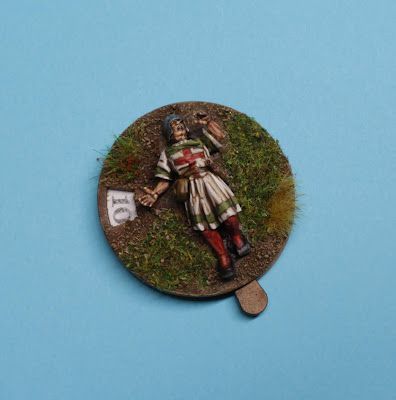 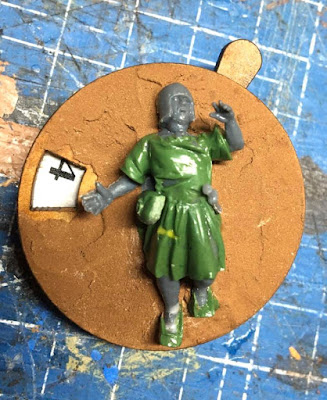